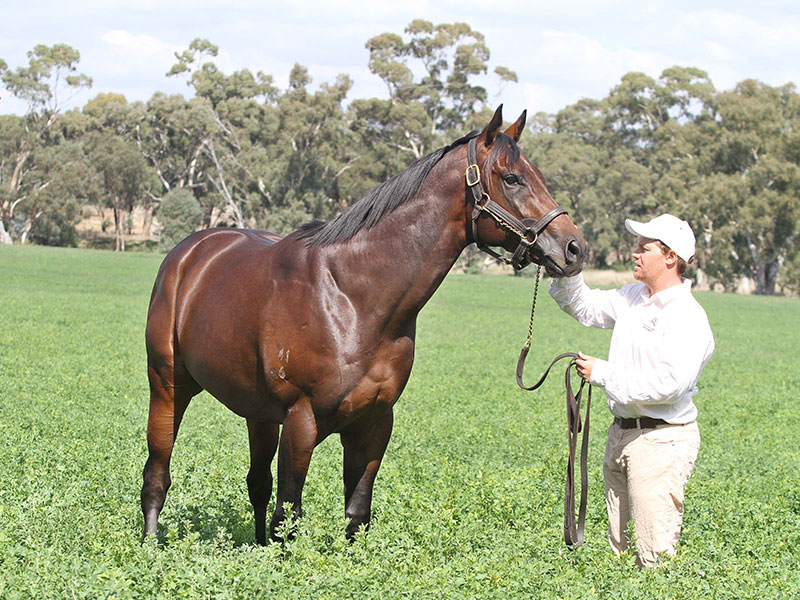 Blue-blooded young Fastnet Rock stallion Stryker has already sired a string of promising place-getters, but broke the ice with his first winner at Ascot in Perth on Wednesday when Sonesta scored an all the way win.

Showing the benefit of race experience, the Trevor Andrews trained filly flew the gates and led throughout to win the 1100 metre dash by half a length in a sustained display of speed.

Sonesta was a $17,500 Magic Millions Perth purchase from the draft of Edan Dale Farm and is the first winner for Siranoush, a Good Journey (USA) mare from the family of Group winners Nearly Pals and Fazzle as well as current New Zealand stakes-winner Madam Victoria.

Siranoush has another yearling colt to follow by Stryker, who is also the sire of stakes-placed Miss Loren and She is Stryking as well as place-getters Lightning Striker and Stryking Love, from just eight starters.

The foundation sire for leading Victorian nursery Three Bridges Thoroughbreds, Stryker had a strong sale at the recent Magic Millions where he had three yearlings sell at an average of $105,000 headed by a colt from Live in Black that made $165,000 for Three Bridges when bought by McEvoy Mitchell Racing.

At the 2015 Inglis Classic Yearling Sale starting this Sunday, Stryker has six lovely yearlings and to see them click here.