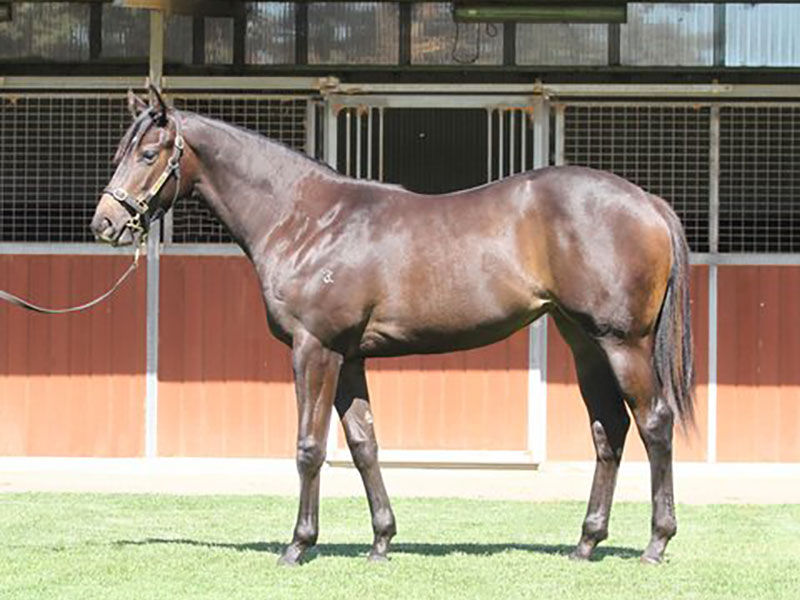 Smart Winner and a Good Result

Three Bridges Thoroughbreds enjoyed a productive day on Saturday having sold a smart juvenile winner and also had the good news that the dam of a very smart stakes-winner is in foal to resident sire Stryker.

Opening her career with a fast finishing win at Flemington on Saturday was two year-old Bel Esprit filly Bel Chandon, a $150,000 Magic Millions purchase from the draft of Three Bridges Thoroughbreds.

Trained by Matt Ellerton and Simon Zahra, Bel Chandon improved on a debut second at Terang last month to power home and win over 1100 metres by three-quarters of a length.

The win was in contrast to her first run when she led and was run down after over-racing.

"We rode her contrary to her pattern of racing at Terang, she flew the barriers and over raced but today she was able to settle," Matt Ellerton said.

"In her jumpouts at home she's been balancing up and hitting the line well so that's how we rode her today and it made the difference."

Bel Chandon is bred to be above average as a three-quarter sister-in-blood to Bel Esprit’s Group I winning daughter Bel Mer.

She is the first winner for Super Swell, a winning half-sister to Bel Mer and her Singapore stakes-winning brother Ken Arok.

He is a homebred for the Ingham family, who sent his dam Mingshan, a daughter of champion sire Encosta de Lago, to Stryker last spring.

The Ingham’s raced Stryker with much success and have supported him at stud, so it would be lovely to see them breed another stakes-winner from this mating.