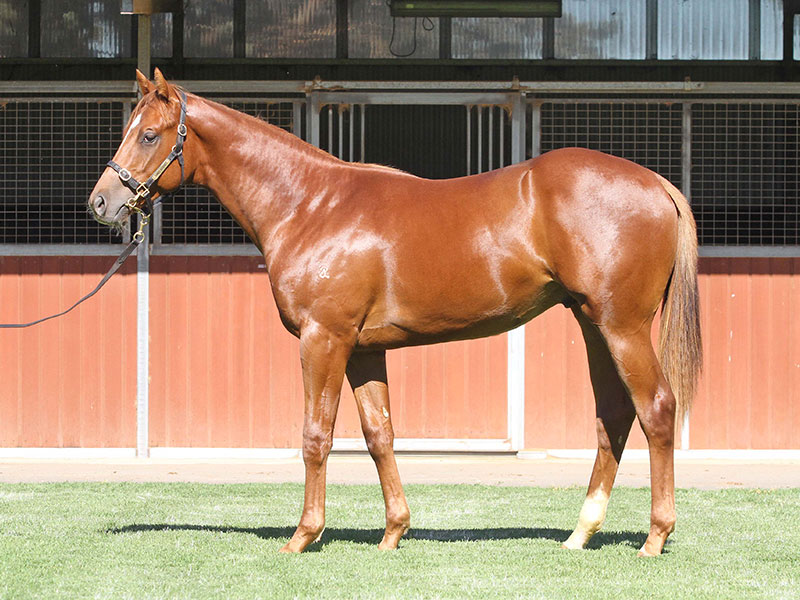 We have Corstens, we have Spicer, we have a stunning chestnut colt – anyone feeling de ja vu!

Royal Ascot hero and sire sensation Starspangledbanner produced an exciting debut winner at Bendigo on Thursday with an eye-catching victory for Mr Individual, a $240,000 Magic Millions purchase from the draft of Three Bridges Thoroughbreds.

Eased back at the start by Damien Oliver after jumping from a wide gate, the Leon and Troy Corstens trained colt produced a brilliant finish to surge to the lead and then held off a late challenge from Deputy Dan to win the 1100 metre maiden by a short neck with some four lengths back to the third horse.

A brilliant colt who won the Group I MRC Caulfield Guineas and Oakleigh Plate in the Spicer Thoroughbred colours with Leon Corstens training, Starspangledbanner was subsequently sold to Coolmore and campaigned successfully in Europe winning the Group I Golden Jubilee Stakes at Royal Ascot and the July Cup at Newmarket.

A dashing chestnut, just like his famous Dad, Mr Individual was bred by Three Bridges Thoroughbreds and Toby Liston remembers him well.

“We bred and raised him here on the farm,” said Toby Liston.

“He was always the best colt on the farm and sold accordingly to Brad Spicer, one of Australia's leading syndicators.

“He is Leon Corstens favourite horse and is in the same box as his old man and when he spells, he spells outside Leon's window in the nearest paddock! You can imagine how pleased they would be to see him win on debut today.”

A half-brother to Group I placed Fast and Sexy, Mr Individual is the fifth winner and final foal of She’s Alluring, who comes from the family of champion sire Invincible Spirit and this season’s dual Group I winning juvenile Pride of Dubai.

“He was raised here for almost a year and then spent the rest of his time at Attunga in the Hunter Valley and they did a fantastic job with him as well,” said Toby Liston.

“For a relatively young farm such as ours to have our brand on two highly promising colts in Press Statement and Mr Individual is really quite exciting.”